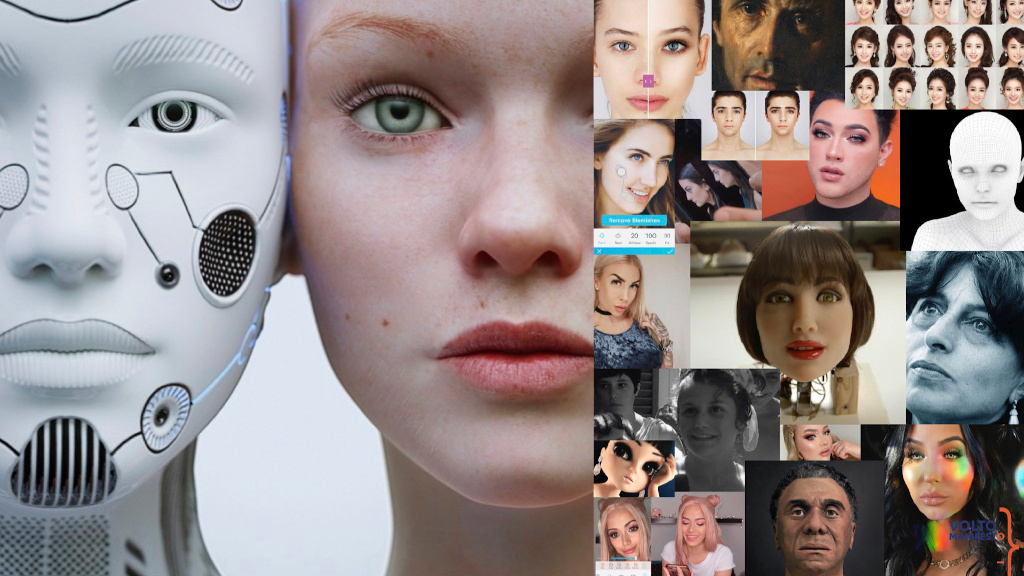 “THE FACE IS A PICTURE OF THE MIND”

The face is undergoing profound transformations. From the heavy use of photo-re- touching on social networks and in advertisement, to influencers whose digital appearance is almost indistinguishable from the real one and androids with increasingly anthropomorphic features, reinforced by an increasingly refined artificial intelligence: such phenomena have brought to everyone’s private and social life daily encounters with artificial faces. Faces that look very different from one another, but that share a common unattainable goal: stopping the passage of time.